When I was younger, my dad had a girlfriend who was a good deal younger than him. She had the task of helping to discipline and parent a teenage boy. Things didn’t work out, and eventually she went away. I didn’t like her very much, and the main reason was because she had a saying that she liked to repeat.

So if I saw her smoking, after she’d told us how bad smoking was, or if I noticed she was putting dirty dishes in the dishwasher without rinsing them first (after berating me for doing the same thing), or any other non-important issue that seemed all-encompassing when I was 13, she would hit me with that line. “Do as I say, not as I do.”

I joined the army, in the infantry, and went to Iraq, all when I was 18. I was extremely immature and unaware of how to act in this new environment. I was surrounded by gruff, combat experienced fully grown men (who were actually all between the ages of 19-25). I was relying on the leadership of other children who’d been thrust into a leadership role. 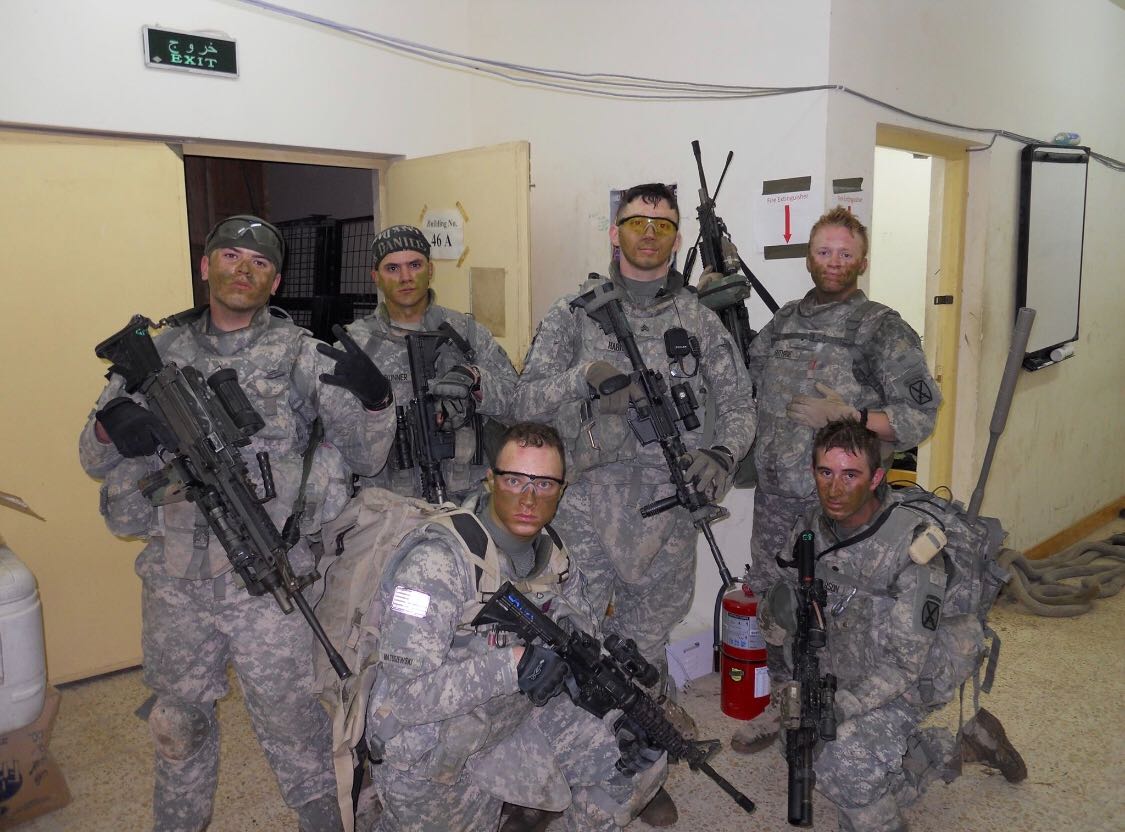 I watched the struggle of other young men grappling with “being in charge,” and usually suffered the ill effects of the ones who couldn’t figure it out themselves. Most of THEM hadn’t had great role models, so they were also making it up as they went.

I’ll never forget the… corrective training I received for falling asleep on guard one night in Iraq. Not because of how bad the corrective was (it was), or how stupid I’d been for doing so (I deserved it), but because the reprimand was coming directly from a superior who REGULARLY fell  asleep on his guard shifts, and didn’t try super hard to hide it.

He smoked inside of trucks (prohibited), but yelled at others for doing so. He wore his uniform incorrectly often (a dumb issue, but rules are rules), but was quick to bring the hammer down on a subordinate for doing the same. This guy also had a great saying, if you ever brought it up to him.

“I’m a Non-commissioned Officer. When you get to my rank, you can make the rules. Do as I say, not as I do.”

I was lucky though, I also had great leaders in the army. Like this one guy, Joe. He wasn’t much older or experienced than I was, but he was a great leader and a quality person. When I became a junior leader under him, and had soldiers of my own, he always repeated this idea with me: “If you’re gonna do it, do it right.” If I would mess things up, he would make me go back through HOW I messed them up, and then show me how much time and effort I could’ve saved by doing the task correctly the first time.

I might not have ever told him this, but he and one other leader of mine (Patrick) are probably the most directly responsible for the leader and man I am today.

One of the things that I love most about coaching at CrossFit Cape Coral is this: I get to live this idea out on a daily basis.

As a coach, I could just say, “You need to do this.” At CrossFit Cape Coral, I get to follow in the footsteps of my great leaders, and “do this” right alongside our athletes.

I’ve had a pretty decent fitness renaissance in the last 2 years, I’ve gotten far better than I ever was (8 years in), and it’s damn sure not because I’m genetically athletically gifted (trust me, I’m not).

It’s because I get to put in the work required to achieve my goals. I have quality coaches around me that aim me in the right direction and give me the tools to succeed. I have supportive members around me who are looking to achieve their own goals, and they see me giving 110% every time I’m around them.

Surrounded by the support I receive from EVERYONE at CFCC, I get to constantly live by the updated saying, “Do as I do, NOT just as I say.”

If you’re looking for a supportive environment, where people lead by example, come hang out with us at CrossFit Cape Coral.

–Nick Habich is the Owner and Head Coach at CrossFit Cape Coral. He is a CrossFit Level 2 Trainer, a Certified Athletic Trainer, a Licensed Massage Therapist, and a Certified Strength and Conditioning Specialist.