Head down, ears open, eyes up 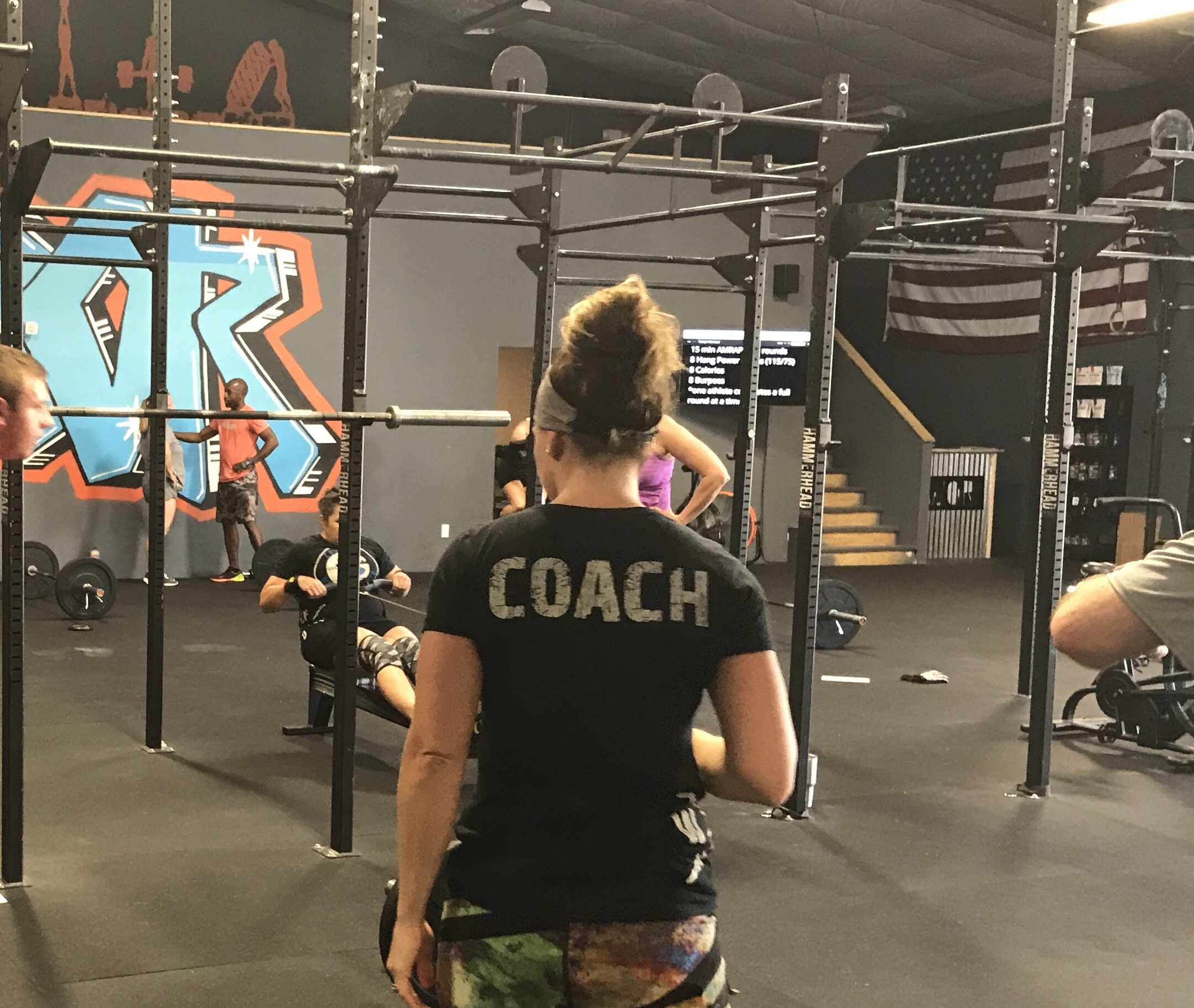 We were at Wodapalooza this Saturday, which is one of the biggest fitness festivals in the world. Athletes, spectators, vendors and volunteers come from all over the world to partake in feats of strength and athleticism. There’s CrossFit, Olympic Weightlifting, gymnastics and endurance events.

It’s an awesome experience and super motivating. I competed there in the past, but had come to the conclusion that I wasn’t fit enough to do it anymore (although watching it again might’ve changed my mind!) We’ll see next year. I really only went to support a friend and fellow gym owner who is a very competitive Masters athlete. “Masters” just means that she competes in an age bracket over 35 years old.

She did great, as she always does, but she’s not the star of the story. While waiting for her heat to come up, we got the chance to watch some of the older divisions of Masters athletes compete.

In the men’s 50-54 age division, there was a chipper-style workout that started with 12 bar muscle-ups. Important note: if you don’t believe people that age can do things like bar muscle-ups, you haven’t met Coach Jim yet. Most of the athletes got through the 12 reps in 3-4 sets.

One particular guy couldn’t even get a single rep. I probably watched 40 attempts, and in almost none of them was he even close. He was getting angry, getting tired, getting frustrated and failing. But he just kept trying to run through that brick wall over and over again.

What he couldn’t see was that all the way across the competition floor, his coach was doing exaggerated jumping jacks, screaming her lungs out, begging to get his attention, and she had been the entire time.

As I watched the athlete get more and more frustrated, I really felt for him, but then something magic happened. The coach FINALLY got his attention.

The first thing she yelled was a much more colorful version of: “CALM DOWN.”

Then she visually and verbally walked him through a couple cues that they’d probably practiced 1000 times back at their gym. You could tell the athlete trusted her, because even though she was yelling from 50 feet away with music blasting, you could see him nodding his head and following along with what she was saying.

After organizing himself, reminding himself of the drills his knowledgeable and caring coach had brought back to him, and aiming himself back towards his goal, he jumped up on the bar and got a muscle-up.

Then he got back down and got 11 more.

And the coach across the competition floor, who will NOT have a voice today, had one of the biggest smiles I’ve ever seen.

Some people think coaches want to tell everyone else what to do and that their feeling of success comes from being the boss, or being the most knowledgeable person in the room, an authority figure, but that’s not it. I know exactly what that coach was thinking and why she had such a big smile on her face.

She had nothing to do with it. The athlete had put in the hard work, he’d had it in him the entire time, she just gets to be the person who helped him get there.

Have fun training this week.

If you’re looking for a quality Coach, book a free No Sweat Intro to sit down with us and find out what you’re missing.